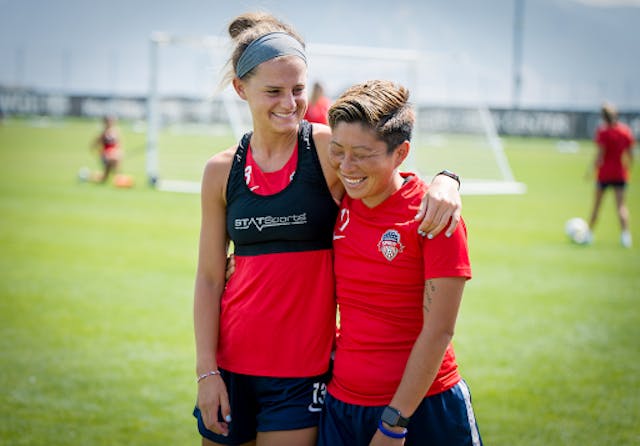 ⚽️Spirit: Although forward Kumi Yokoyama didn’t play in the Spirit’s 1–1 draw, they still made history on Saturday. Yokoyama became the highest-profile Japanese trans athlete when they came out as a trans man on the YouTube channel of fellow Japanese player Yuki Nagasato. BFD.

⚾️Nationals: We’re partying like it’s 2019. The Nats won a four-game series over the National League (NL) East-leading NY Mets yesterday, powered by the return of fan favorite Gerardo Parra (and Baby Shark) and by left fielder Kyle Schwarber, who smashed five home runs in two days. Oops, he did it again.

🏀The Mystics beat the league-worst Indiana Fever Saturday, but Natasha Cloud left with an ankle sprain in the second quarter. Make the injuries stop.