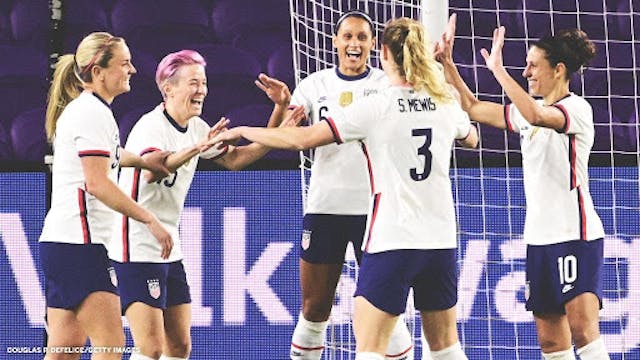 ⚽️Soccer: Megan Rapinoe is back, baby. The international superstar scored twice, including this penalty (a given), in the USWNT’s friendly match against Colombia on Friday night.

🏂Snowboarding: In the past 22 months, Chloe Kim attended Princeton, sang on The Masked Singer and recovered from a broken ankle, but she hadn’t competed in a single snowboard event, so there wasn’t much pressure on her to have a big showing this weekend.

🏒Hockey: As you most definitely read in yesterday’s Sunday Scroll, the NWHL’s super-condensed two-week season in the “N-Dubble” started this weekend, and the most recent champs are already leading the show.

The 2018 Isobel Cup winners, the Metropolitan Riveters, and the reigning champs, the Minnesota Whitecaps, are tied at the top of the standings with two wins apiece. We’ll see who the better team is when they face off tomorrow at 5:30 p.m. ET.