Seattle: The ceiling can’t hold us

The GIST: Although the Seahawks are making moves that quarterback Russell Wilson approves of, it’s the college squads we’re paying the most attention to these days. 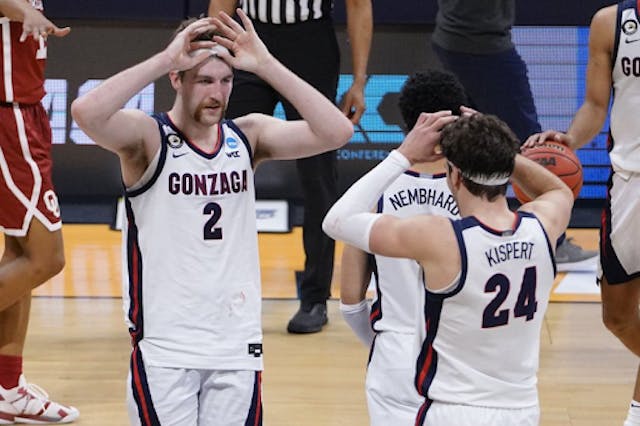 🎓🏀Gonzaga: While we bade a teary farewell to Gonzaga women’s basketball on Monday, the top-seeded Gonzaga men rolled through 8-seed Oklahoma in the second round. Next up for the ’Zags? Their sixth consecutive Sweet Sixteen appearance, against 5-seed Creighton on Sunday at 2:10 p.m. ET/11:10 a.m. PT.

🎓🏐Volleyball: No. 8 UW is back in action with a two-game slate against historically successful Stanford starting tomorrow at 8 p.m. ET/5 p.m. PT. Even though the Cardinal snagged three of the last four national titles, the dominant players on those teams have graduated. Look for the Dawgs — led by Ella May Powell and Samantha Drechsel (pronounced DREX-ULL) — to take advantage. Digging it.