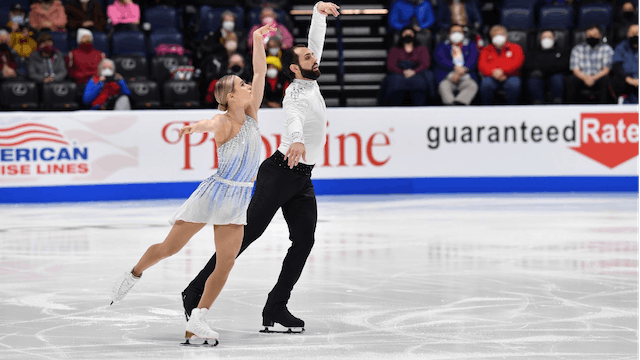 ⛸ Figure skating: History was made on the ice this morning when Timothy LeDuc became the first openly nonbinary athlete to compete at the Winter Olympics, performing a wonderful pairs short program with their partner, Ashley Cain-Gribble. What a moment.

🥌 Curling: Team Shuster just missed the podium, losing 8–5 to Canada in this morning’s bronze medal match. While the 2018 gold medalists didn’t capture a medal in Beijing, they did capture the hearts of a nation, including “Mr. The Rock” and Mr. T. We pity the fool who tries to mess with this squad.