The GIST: Though we’re giving “the gist” on our playoff teams — the Nets and Islanders — this morning, after their games are done, tune into the Liberty vs. Las Vegas Aces game tonight at 10 p.m. ET. Let’s go, Libs! 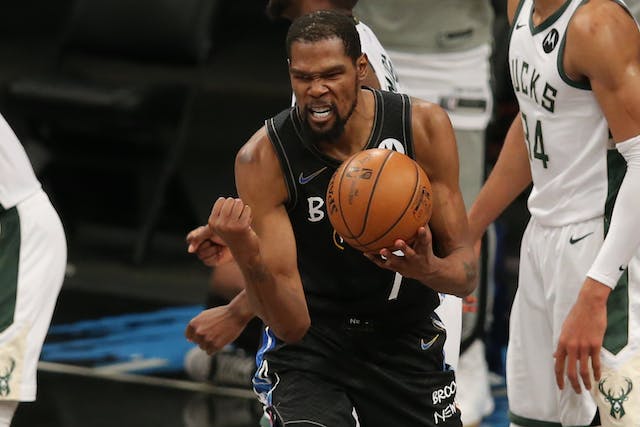 🏀Nets: After Kevin Durant’s unbelievable performance in the Nets’ 114–108 win over the Milwaukee Bucks on Tuesday, Brooklyn will look to end the Bucks’ season in Game 6 tonight.

🏒Islanders: Over on the ice, the Tampa Bay Lightning evened up the series, defeating the Islanders 4–2 in Game 2 on Tuesday. A positive? The Isles held their own, and Mathew Barzal scored his fifth goal in the last six games.