Islanders showed grit and intensity to keep the win in Game 4 over the Tampa Bay Lightning. 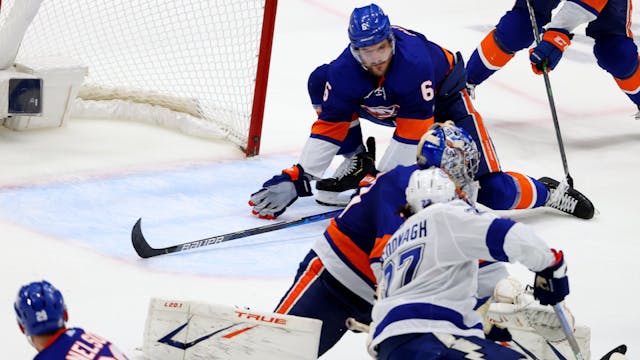 🏒Islanders: The Isles have grit galore, and it was on full display in their Game 4 victory over the Tampa Bay Lightning on Saturday. Our boys headed into the third period with a 3–0 lead, but the Lightning struck back, quickly notching two goals and hungry for the equalizer.

🏀Nets: The Nets’ buzzer-beater story didn’t have as happy an ending. The finalé of their series with the Milwaukee Bucks was absolutely wild, with the two heavyweights of the Eastern Conference going blow-for-blow ’til the bitter end. Kevin Durant played out of his mind, sinking an almost game-winner that instead sent the teams to OT. Our hearts are still pounding.