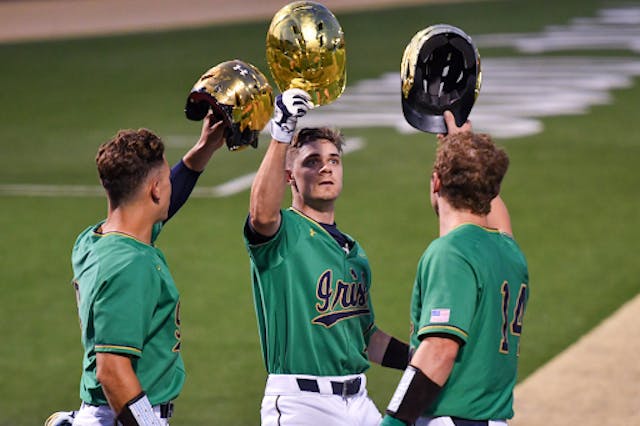 🎓⚾️Notre Dame: For the first time since 2002, the Fighting Irish baseball team is heading to the NCAA Super Regional after beating Central Michigan 14–2 yesterday. Senior infielder Niko Kavadas captured an Irish record after smashing his 21st homer of the season. Damn.

⚾️MLB: The White Sox shut out the Detroit Tigers 3–0 yesterday to earn their third win of the four-game weekend series. The Sox were carried by their three-run second inning and pitcher Dylan Cease’s scoreless performance. And also, Yermín Mercedes’ new haircut.

🔢 Box scores: ⚽️ The Red Stars beat the North Carolina Courage 1–0 yesterday while the 🏀 Sky lost 68–63 to the LA Sparks as Candace Parker is still sidelined with her ankle injury.