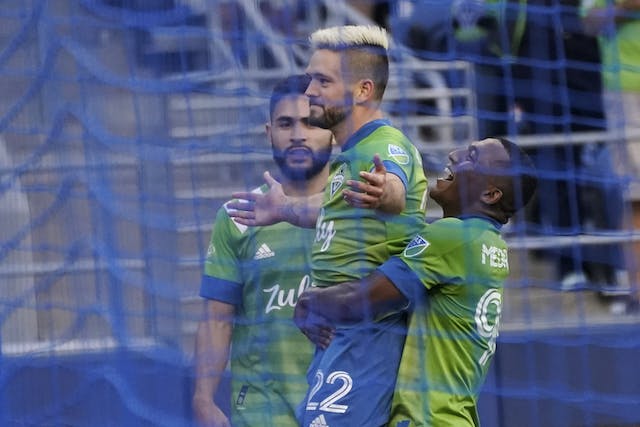 ⚾️Mariners: Well, that could have gone better. Starting pitcher Justus Sheffield was placed on the injured list yesterday, a day after he gave up six earned runs in the Mariners’ 12–1 loss to the NY Yankees. All-Star pitcher Yusei Kikuchi didn’t fare much better last night, giving up five runs en route to the M’s 5–4 loss. Catch us drowning our sorrows with some Ichi wings.

🏀Storm: Breanna Stewart and the Storm welcomed Jewell Loyd back to the lineup by beating the LA Sparks last night. The defending champs’ last two games before the month-long Olympic break are both against the Phoenix Mercury, and you know Sue Bird’s college teammate Diana Taurasi will bring the trash talk to tomorrow night’s 9 p.m. ET/6 p.m. PT battle.

⚽️Sounders: Why, hello there, Sounders fans. By defeating the Houston Dynamo 2–0 last night, the Rave Green now hold the MLS record for the longest unbeaten start to a season with 13 wins. Just like Miley, they can’t stop, they won’t stop.

⚽️OL Reign: OL Reign is back in action on Sunday at 7 p.m. ET/4 p.m. PT against KC NWSL, the only team below the Reign in the standings. It’ll be our talented, but underperforming, squad’s second match without former head coach Farid Benstiti, who unexpectedly resigned last week. Is a win in the cards? 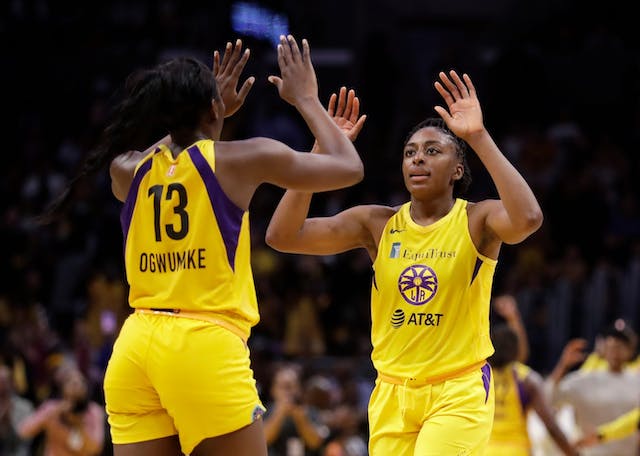 🏀Basketball: While the WNBA deals with drama in Atlanta, there could be some spicy international affairs on the horizon. LA Spark Nneka Ogwumike was controversially left off the U.S. Olympic roster last month, but she was recently listed on Nigeria’s provisional roster, along with her sisters Chiney (who also plays for the Sparks) and Erica. Sister, sister…sister.

⚾️Baseball: Just days after Trevor Bauer — who has been accused of sexual assault — was placed on paid *eye roll* administrative leave, the LA Dodgers canceled his bobblehead night (scheduled for August) and pulled his merchandise from the team store.

🏀Everything you need to know about the NBA Finals

I dream about winning a championship, where everybody is hooting and hollering for you. The whole world is drawn to the NBA Finals.

—Former NBA star and Hall of Famer Ray Allen, who knows a thing or two about the NBA Finals: he won two NBA Championships in his 18-season career.

At this time last year, the 2019–20 postseason hadn’t even started, and it wasn’t until October before the LA Lakers hoisted the Larry O’Brien Championship Trophy. Now we’re on the verge of crowning a second NBA champion in nine months, with the Milwaukee Bucks and Phoenix Suns emerging from the pandemic-shortened 2020–21 season as the final two contenders.

The Suns are looking to become the 21st franchise in NBA history to win an NBA Championship, having lost in the Finals twice before. The Bucks, on the other hand, are trying to regain their former glory and end a 50-year drought after last winning in 1971.

Looking back: Three years ago, the Suns went 21-61 in the regular season. Two years ago, they went 19-63. They were bad. But interestingly, not much of the roster has changed since then. Instead, the Suns spent the past couple of seasons focusing on their defense and improving their team chemistry...and clearly, it’s working.

Who to watch: Ten-time All-Star Chris Paul is no stranger to the playoffs, but this marks his first finals appearance in his 16-season career. Alongside Devin Booker, who’ll hop on a plane to Tokyo as soon as the finals are over, the Suns stars will duke it out for the series MVP title as they try to lead their team to glory.

The X factor: In a series so evenly matched, Deandre Ayton can be the difference maker. As the de facto No. 3, he’s averaging 16.2 points and 11.8 rebounds per game, and has already shut down Lakers Anthony Davis, Andre Drummond and current league MVP Nugget Nikola Jokic in the postseason.

Looking back: Finally, the Bucks have arrived. In stark contrast to Phoenix, the Bucks recorded the best regular-season records in 2019 and 2020, but were ousted from both postseasons before the Finals.

Who to watch: This NBA postseason has been pockmarked by bad injuries to big stars, and the Bucks aren’t exempt. They’ll start the series without top star, leading scorer and 2020 league MVP, Giannis Antetokounmpo (pronounced YAHN-iss ah-dedo-KOON-bo), after he hyperextended his knee in Game 4 against the Hawks.

The X factor: Honestly, it’s Giannis’ knee. With no structural damage, he’ll likely be back in the lineup soon, but without the main driver of the Bucks’ shutdown defense on the court, the Suns could take control of the series before he’s able to return. Never before has an NBA Championship rested so heavily on one hyperextended joint.

No player on either team has ever won an NBA Championship, so regardless of what each team brings to the table, Finals experience isn’t a factor.

But with all this said, there is one player who’s a winner no matter what: Torrey Craig started the season with the Bucks before being traded to the Suns in March, so he’ll get a championship ring regardless. Winner, winner, chicken dinner.

🏆Indigenous Athletes You Need to Know

And I would really like to encourage First Nations youth to be leaders in their communities. Be proud of your heritage, and don't be discouraged from the improbable.

Perhaps no other athlete’s story juxtaposes athleticism and talent with the Indigenous experience quite like that of Waneek Horn-Miller. In 1990, a violent land dispute broke out between the Mohawk people of Kanehsatà:ke and the municipal (and later federal) government of the town of Oka, Quebec, in what most know as the Oka Crisis or the Siege of Kanehsatà:ke.

But Horn-Miller lived, and continued her athletic journey. She represented Canada in the 1999 Pan American Games, where she won gold. She was also co-captain of Canada’s first ever women’s Olympic water polo team in 2000.

Known as the greatest athlete of all time, Jim Thorpe was a member of the Sac and Fox Nation: a tribe of Sauk and Meskwaki peoples who were forcibly removed from their land near Lake Michigan and Lake Huron and relocated to Oklahoma in the 1870s, not long before Thorpe was born in 1887.

A contemporary of Thorpe, Tom Longboat was a distance runner from the Six Nations Reserve near Brantford, Ontario. At the age of 12, he was sent to a residential school where he experienced unimaginable horrors before successfully escaping from the school and hiding from authorities at his uncle’s home.

A member of Canada’s Sports Hall of Fame,Longboat is also the namesake for two prestigious awards — the Tom Longboat Awards — given annually to the top female and male Indigenous athletes in Canada.

Also a two-time Longboat Award winner, Alwyn Morris is a member of the Mohawk Nation in Kahnawá:ke and as a kayaker, is the only Indigenous Canadian athlete to win a gold at the Summer Olympics.

➡️ The next generation

Thanks to incredible organizations like Olympian Beckie Scott’s Spirit North and Nike’s N7 Fund, Indigenous youth have more opportunities to participate in sport. And with an ever-growing list of talented, outspoken Indigenous athletes, the next generation has bright stars to follow. 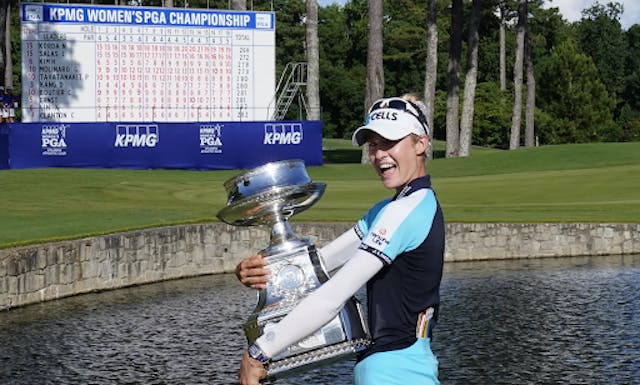 🏎Racing: The W Series kicked off on Saturday at the Red Bull Ring in Austria (check out our Special Edition newsletter for all the details) and Alice Powell of England took the season’s first win. A day later, Max Verstappen won F1’s Styrian Grand Prix.

⚾️Baseball: A week into MLB’s new foreign “sticky” substance policy, Seattle Mariners pitcher Héctor Santiago became the first player to be ejected when the umpires found something suspicious in Santiago’s glove after the 5th inning. For his part, Santiago insists it was just sweat and rosin (which is legal). Sticky stuff.