November 14, 2022
While college football’s four undefeated teams kept their zero-loss crowns through Week 11, other squads across the NCAA chose chaos. Here are the upsets and victories that turned the gridiron upside down on Saturday.
College SportsFootball 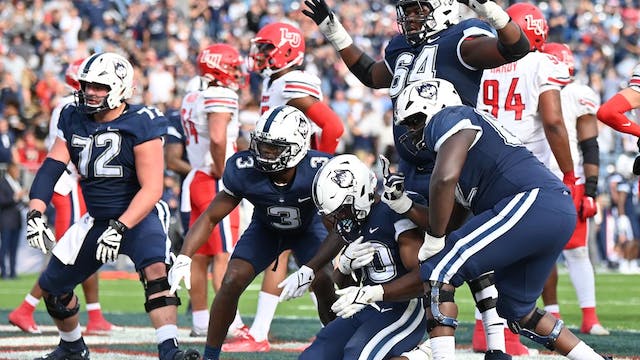 The GIST: While college football’s four undefeated teams kept their zero-loss crowns through Week 11, other squads across the NCAA chose chaos. Here are the upsets and victories that turned the gridiron upside down on Saturday.

History…not repeating itself: For the first time since October 2019, the Vanderbilt Commodores nabbed a conference W. Thanks to a game-winning touchdown (TD) by wide receiver (WR) Will Sheppard with just 32 seconds remaining, Vandy shocked Kentucky 24–21, snapping the Commodores’ 26-game SEC losing streak along the way.

A Pac-12 implosion: Hug a Pac-12 fan today — two of the conference’s three possible postseason squads fell on Saturday, leaving No. 7 USC as the lone western team in the CFP conversation. Unranked Arizona shocked the now–No. 16 UCLA Bruins 34–28 for the Bruins’ second loss of the season.

Low blows: There are teams fighting for CFP contention, and then there are teams battling for “not the worst.” The latter rages on in the Big Ten West as Purdue took down then–No. 21 Illinois 31–24 on Saturday, tying three other teams atop the dismal division, all four of which have 4-3 conference records. Yikes.

Overcoming odds: Despite the chaos, some players said they could still make the whole place shimmer. Carlton Martial, a sixth-year senior linebacker for Troy, made NCAA history on Saturday by setting the career tackles record at a whopping 547. The 5’9”, 210 lb. Martial clearly polished up real nice since his freshman walk-on days. Talk about determination.