Boston: Keep up the fight

The GIST: Once again, the Celtics leveraged their platform to call attention to social injustice and stand up for what’s right. And they secured a 107–105 nail-biter win over the Miami Heat. Wicked proud. 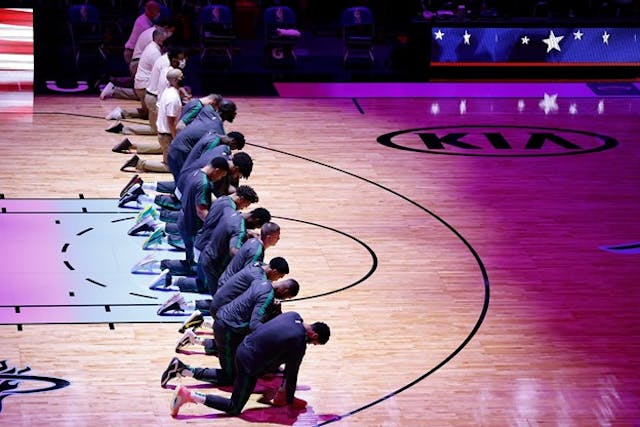 🏀Celtics: The C’s and the Heat walked off the court in unison prior to last night’s game. They eventually decided to play and released a joint statement explaining their decision while still highlighting the ongoing injustice. Players from both teams also kneeled during the national anthem.

🏀College basketball: In other hoops news, BU’s basketball teams garnered national attention after wearing masks during their season openers vs. Holy Cross on Monday. BU’s athletic department requires all athletes to wear masks during workouts, practices, and games, meaning opposing teams must also wear them when competing at BU.