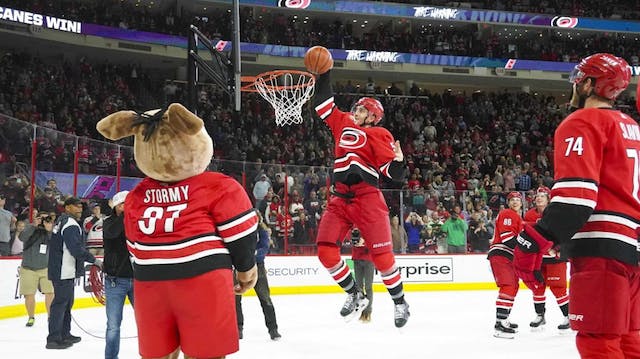 The GIST: We’re two thirds of the way through the NHL and NBA seasons, which means it's crunch time for teams on the playoff bubble. So, here’s #thegist of where we’re at heading into April’s playoffs.

The good old hockey game: Sixteen teams qualify for the Stanley Cup playoffs — eight from the Eastern and Western Conferences, respectively. Current divisional leaders, the Washington Capitals, Boston Bruins, Vancouver Canucks and reigning Stanley Cup champs St. Louis Blues all seem like shoo-ins (unless we just jinxed it). But the teams we really have to keep a close eye on are those hovering between seventh and 12th place in the conference.

We’re playing basketball: Over in the NBA, it’s pretty much the same. The top eight teams from each of the two conferences (East and West) qualify for the playoffs, and while the top six teams in each conference are basically set, the bubble teams will have to fight extra hard to claim those last two spots.

#Hockey#United States
Back to Hockey