Nobody likes us, and we don’t care 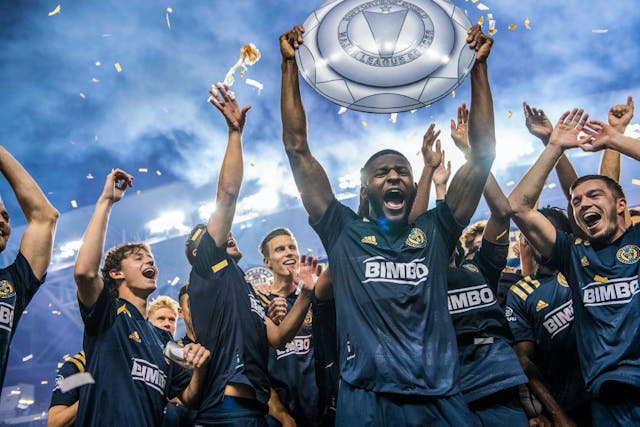 The GIST: With the country’s eyes on Philadelphia this week, it was amazing to see how impactful Philly athletes, including Gritty, were in encouraging civic engagement. But with the election mostly behind us and the Eagles on a bye, let’s dive into the Union’s best-in-the-league regular season performance.

Show me some hardware: Yesterday, the Union beat the New England Revolution 2–0 to close out the regular season. Forwards Sérgio Santos and Cory Burke each found the back of the net by being at the right place at the right time. With this win, Philly achieved a 14-5-4 (wins, draws, losses) record, securing the Supporters’ Shield.

For all the marbles: The top-ranked Union now have 10 days to rest and prepare for the Audi 2020 MLS Cup while the lower-ranked qualifying teams in the Eastern Conference compete in play-in games on November 20th. The Union will face the lower-seeded team of the two play-in winners in Round One, and thanks to that No. 1 ranking, the Union will host all of their games throughout the tournament.