The GIST: Hurricane Henri is still pouring down rain, so let’s take shelter in this weekend’s Boston sports news. 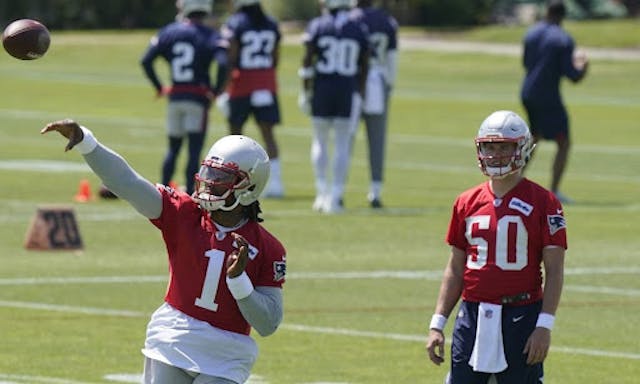 🏈Patriots: Four touchdowns (TD) in two games? That’ll do. Rookie running back Rhamondre Stevenson scored twice in the Pats’ 35–0 preseason rout of the Philadelphia Eagles on Thursday, following up his debut two-TD performance the week before.

⚾️Red Sox: Hurricane Henri postponed yesterday’s game, giving the Sox a much-needed day off after Saturday’s embarrassing 10–1 loss to the Texas Rangers. The series will be decided today at 1:10 p.m. ET before Boston hosts the struggling Minnesota Twins for a three-game set beginning Tuesday at 7:10 p.m. ET. Playoff push, incoming.