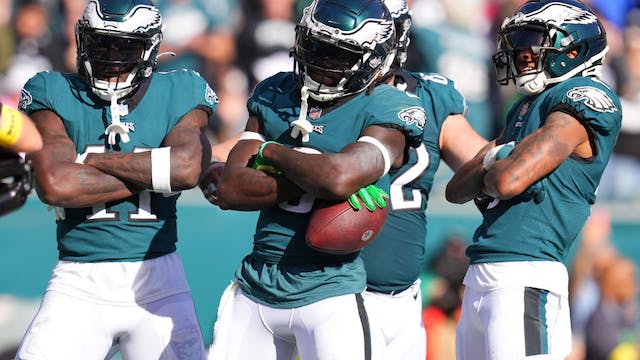 With the NFL trade deadline in the rearview mirror, it’s time to start separating the Evers from the Nevers.

Last week I went 2-1, bringing my overall record to an even 3-3. Not bad for an avid sports fan turned casual sports gambler.

I’m coming to your inboxes early this week because tonight’s Eagles vs. Texans game is too good to pass up talking about, and not just because Eagles quarterback Jalen Hurts continues to champion women.

To round out tonight’s game, I’m expecting another big game from Eagles wide receiver A.J. Brown.

Have fun and wager responsibly!