Nick Foles has unimpressive start with the Bears, resulting in first loss of the season. 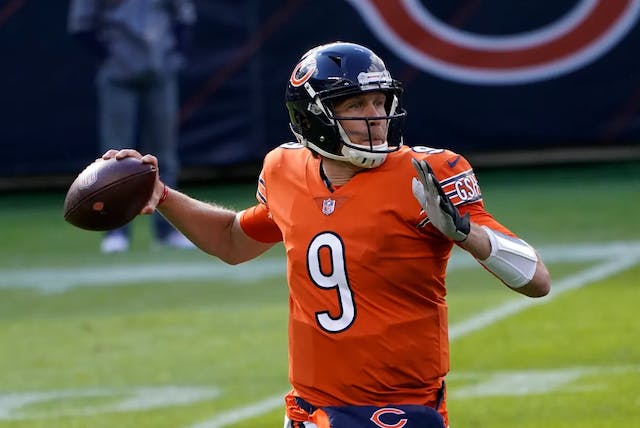 The GIST: In our feelings this morning as neither the Cubs nor the White Sox are still on to watch in playoff baseball and the Bears took their first loss of the season. Sigh.

Crash and burn: After poor Wild Card series showings, both Chicago teams are out of the MLB playoffs. Welp. The Cubs went 0-2 against the Miami Marlins while the White Sox lost 2-1 to the Oakland Athletics. After an impressive regular season, the Sox struggled from the pitcher’s mound in Game 3 and will have to address their shallow reliever roster in the offseason.

The defense won: After an outstanding save-the-game performance last week, QB Nick Foles started for the Bears but just couldn’t pull off a win. He was 26-for-42 with an interception 26 yards from the end zone. Rough.