Winner Takes it All Today at Women's College World Series

June 10, 2021
The GIST: With No. 10 Florida State and No. 1 Oklahoma splitting the first two games of the best-of-three Women’s College World Series (WCWS) championship series, it all comes down to today’s 3 p.m. ET Game 3 on ESPN. No pressure, no diamonds.
Sports NewsSoftball 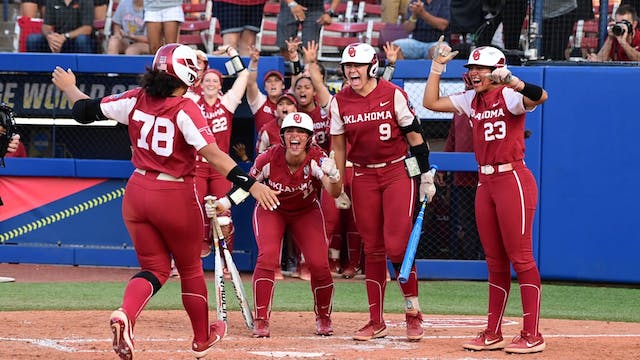 How they got here: Both Florida State and Oklahoma made history as just the fourth and fifth teams in WCWS history to advance to the champ series after losing the first game of the tourney. Behind a stellar offensive and defensive night from freshman Kalei Harding, Florida State claimed Tuesday’s Game 1 with an 8–4 win.

The big picture: As cliché as it sounds, we’re all winners no matter who hoists the trophy tonight. This year’s WCWS broke rating records, James Madison University (JMU: a mid-major) captured our hearts with a Cinderella run to the semifinals and a thriving pro softball league keeps new stars shining. Just further proof that if you build it, they will come.