Week 7 highlights from the NFL 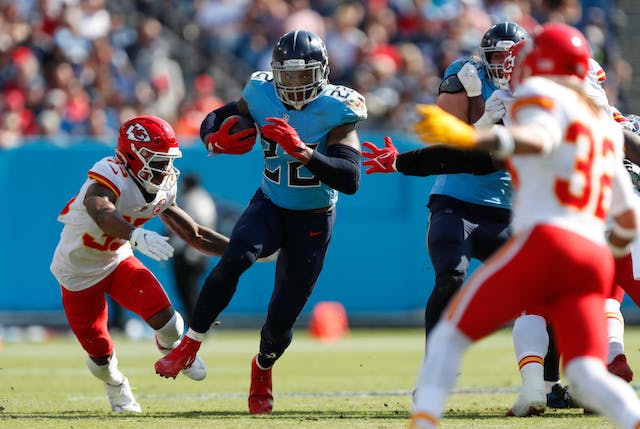 Injury report: In other Kansas City news, quarterback (QB) Patrick Mahomes exited the game in the fourth quarter after a scary hit to the head. Elsewhere, NY Jets QB Zach Wilson left with a knee injury in the second quarter of his squad’s lopsided loss to the New England Patriots.

Achievement alert: Another week, another milestone for QB Tom Brady. Brady became the first NFLer to ever throw 600 TDs with this pass in his Tampa Bay Buccaneers’ 38–3 rout of the Chicago Bears. The GOAT keeps GOATing.

Just keep winning: The Arizona Cardinals remain undefeated thanks to yesterday’s 31–5 win over the Houston Texans, and Cards TE Zach Ertz already has his first TD with his new squad after being traded from the Philadelphia Eagles earlier this month.