After this weekend, we should know the college football playoff picture. 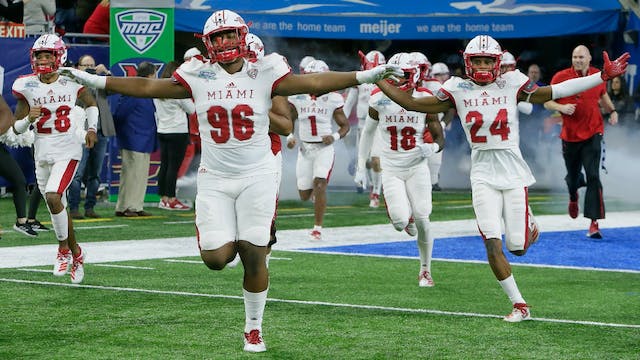 The GIST: It’s been a week full of stress, drama and uncertainty, but we’ll finally have clarity after this weekend…for the college football playoff picture! With the MAC and Pac-12 debuting this week and a handful of top-ranked teams squaring off, Week 10 results should offer a more definitive playoff outlook. Hey, we’ll take any win at this point.

Tell me more: Sure thing! But first, speaking of wins, we want to celebrate the fact that Division 1 NCAA student-athletes were mandated to take November 3rd as an off day to ensure they could participate in civic engagement.

So awesome! And what’s going on in football?: Back in August, the MAC became the first FBS conference to cancel their fall football season. The Pac-12 followed suit a few days later. But both conferences recently reversed their decisions and are starting their seasons this week. As if our heads weren’t already spinning.