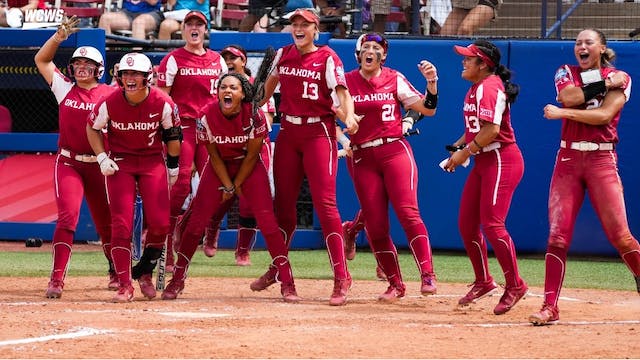 How they got here: The most dominant team in the nation (and maybe in all of sports), defending champ Oklahoma has broken countless records — including the largest win in WCWS history in its 15–0 rout of No. 5 UCLA in Monday’s semi — en route to its seventh championship series appearance in the last 10 seasons. Goodness gracious.

The matchup: This will be the first-ever all–Big 12 final, and these Red River rivals know each other well. Oklahoma lost only three games all season, but one of those Ls came at the hands of the Longhorns, who snapped the Sooners’ 40-game win streak with a 4–2 victory on April 16th.

The difference-makers: Boasting a nation-leading .368 team batting average, Oklahoma’s entire lineup is dangerous, but the star of the show is two-time Player of the Year and home run queen Jocelyn Alo, who blasted two dingers on Monday to send Oklahoma back to the champ series.