After the Vegas Golden Knights became the first team to advance to the second round of the Stanley Cup playoffs on Tuesday, four teams had the chance to follow their lead yesterday. Only three did. 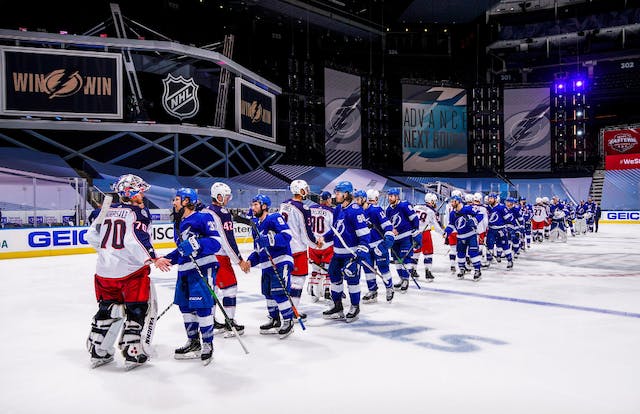 The GIST: After the Vegas Golden Knights became the first team to advance to the second round of the Stanley Cup playoffs on Tuesday, four teams had the chance to follow their lead yesterday. Only three did.

Who advanced?: We’ll break it down for you real quick. First the Tampa Bay Lightning beat the Columbus Blue Jackets 5–4 in overtime, then the Boston Bruins took the Carolina Hurricanes 2–1 and the Colorado Avalanche absolutely embarrassed the Arizona Coyotes with a 7–1 win.

What’s next?: Four series remain undecided, so every game really counts now. The New York Islanders and Dallas Stars can both advance to round two if they win tonight, and the St. Louis Blues and Vancouver Canucks, and the Flyers and Canadiens will all have to hash it out tomorrow.