Who Won the MLB World Series?

The GIST: For the first time since 1995, the Atlanta Braves are World Series champions. 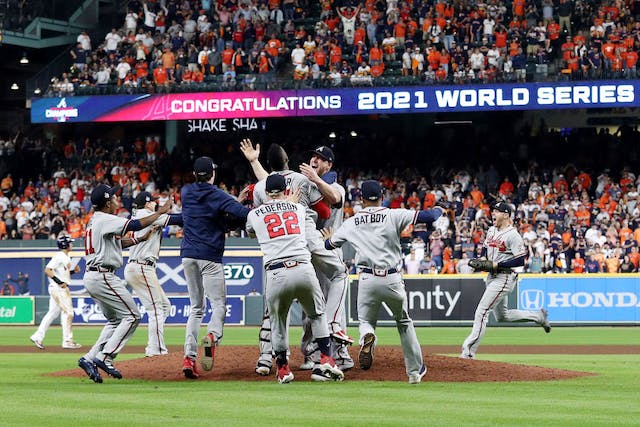 How they did it: Designated hitter and World Series MVP Jorge Soler blasted a three-run homer (that probably still hasn’t landed) in the third inning, then Dansby Swanson (USWNT star Mallory Pugh’s boyfriend) hit a two-run shot of his own in the fifth.

What’s next: With the 2021 season in the books, all eyes now turn to December’s Collective Bargaining Agreement (CBA) expiration date. Spoiler alert: there’s no new CBA in sight and a work stoppage is “almost certain.” Stay tuned…