College Football is a Hot Mess 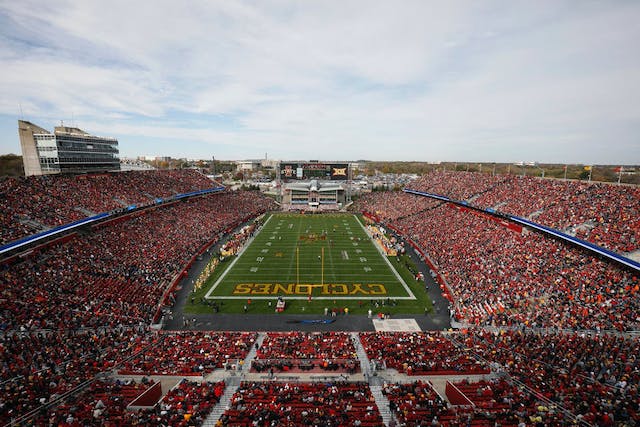 The GIST: Things are getting messier by the day in the college football world. Since mid-August there’s been a petition, a lawsuit, a tweet from president Donald Trump and, of course, a pandemic. And you thought The Bachelorette was dramatic.

What’d I miss?: Back on August 11th, the Big Ten became the first Power Five conference to postpone fall sports. Originally, that meant football would be on hold until at least 2021, but now they’re reportedly eyeing a mid-October start date.

That’s a plot twist: Tell us about it. Last week, eight players from the University of Nebraska filed a lawsuit in hopes of reversing the postponement. On Tuesday, President Trump called Big Ten commissioner Kevin Warren to discuss returning to play ASAP. And we can’t forget the potential impact of Ohio State quarterback and QB1 star Justin Fields’ #WeWantToPlay petition, which has garnered over 300,000 signatures since he posted it on August 16th.

Any other news?: After announcing on Monday that they planned to host 25,000 fans for their home opener, Iowa State reversed the decision on Wednesday. The bleachers will (thankfully) be empty when the Cyclones host Louisiana-Lafayette on September 12th.