Joe Burrow and the Bengals prevail over Jacksonville Jaguars 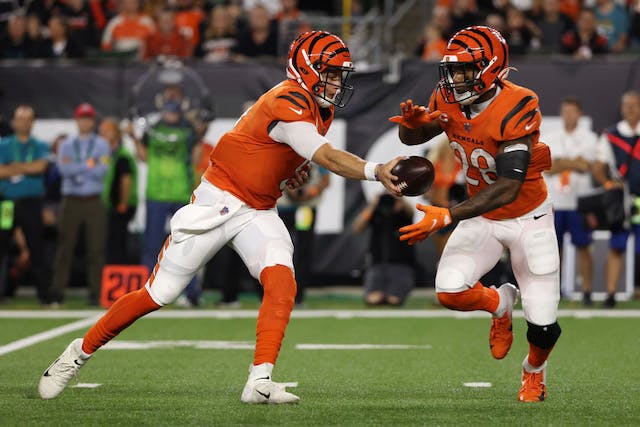 College football: Week 5 features plenty of ranked matchups, highlighted by two All-SEC battles. First, No. 8 Arkansas faces No. 2 Georgia tomorrow at 12 p.m. ET. Both squads are undefeated, thanks to massive offensive numbers and stifling defense. We’re in for a treat.

Fantasy: Before you tune in to Sunday Night Football to watch Tampa Bay Buccaneers QB Tom Brady make his long-awaited return to Foxboro to face his old team, the New England Patriots, see if you can be the GOAT of our GIST-exclusive weekly fantasy football contest.