Dallas: Two is better than one

The GIST: For the first time since 2017, a school is sending both its women’s and men’s teams to the Elite Eight, and it’s none other than our Baylor squads. Sic ’em, Bears! 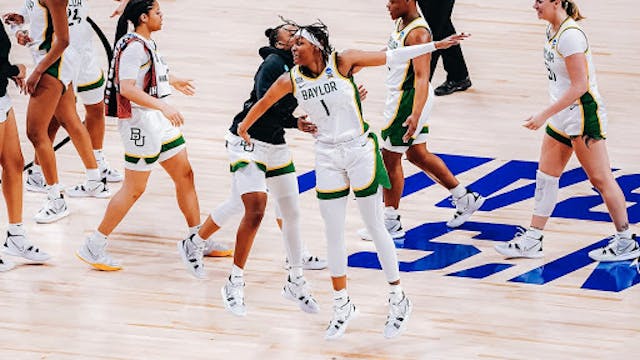 WBB: After outscoring their opponents by a combined 91 (!!!) points in their first two games, No. 2 Baylor faced their toughest test yet on Saturday, battling for a 78–75 OT victory over No. 6 Michigan. They’ll take that energy into a must-see showdown against No. 1 UConn tonight at 7 p.m. ET/6 p.m. CT.

MBB: The No. 1 Baylor Gentleman Bears handled No. 5 Villanova with ease on Saturday, posting a dominant 62–51 win. Adam Flagler was clutch off the bench, scoring a team-high 16 points while Big 12 Defensive Player of the Year Davion Mitchell stepped up big on offense, adding 14 of his own.