November 04, 2022
After a WTF–filled week, it’s only right to close it out with, what else, another WTF roundup. So sick of this sh!t.
Sports NewsBasketballFootball 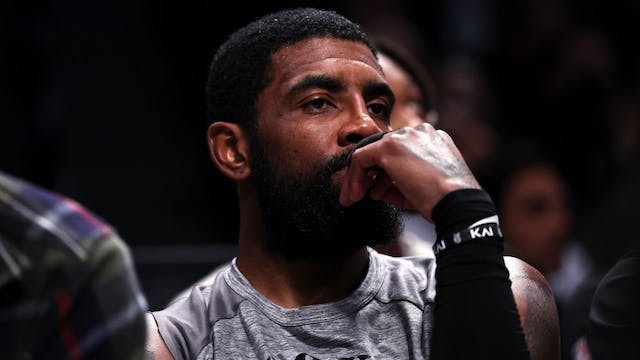 The GIST: After a WTF–filled week, it’s only right to close it out with, what else, another WTF roundup. So sick of this sh!t.

Kyrie Irving: Before we could even press play on yesterday’s The GIST of It episode detailing the announcement that the Nets and Irving would each donate $500K to the Anti-Defamation League, after Irving shared an antisemitic film and movie on social media, the conspiracy theorist nullified his non-apology while speaking to reporters yesterday.

Dan Snyder: The embattled Washington Commanders owner announced on Wednesday that he had hired Bank of America Securities to explore a potential sale of the team — wonderful news for Commanders and football fans alike after his dysfunctional, abhorrent tenure.