First round of WNBA playoffs in the books

The GIST: The first round of the WNBA playoffs is in the books, but hold off on that manicure — two more single elimination games are up next. 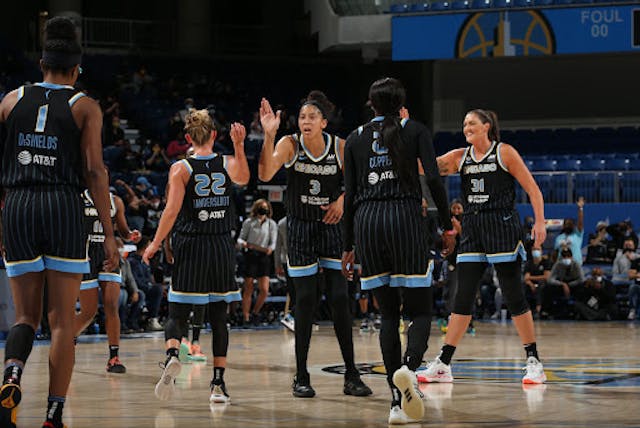 ⬅️Last night: In a battle of experience vs. youth, the experience prevailed, with the No. 6 Chicago Sky defeating the No. 7 Dallas Wings 81–64. Kahleah Copper led the way with 23 points while Sky star Candace Parker notched a double-double in her first playoff game with her hometown squad.

➡️What’s next: Round two begins Sunday at 3 p.m. ET with the Mercury facing the defending champs No. 4 Seattle Storm. It’s still TBD whether Storm star (and 2020 Finals MVP) Breanna Stewart will play after missing the last two regular season games with a foot injury, but we’d never bet against the Storm’s other stars: Jewell Loyd and Sue Bird.

Sunday’s second game is set for 5 p.m. ET and will feature the Sky vs. the No. 3 Minnesota Lynx. Watch for recently crowned AP Defensive Player of the Year Sylvia Fowles to lead a shutdown Lynx squad. Is it tip-off time yet?