It was a football frenzy in Chicagoland this weekend as the Bears extended their losing streak to three games and our college teams faced off against more Big 10 foes. 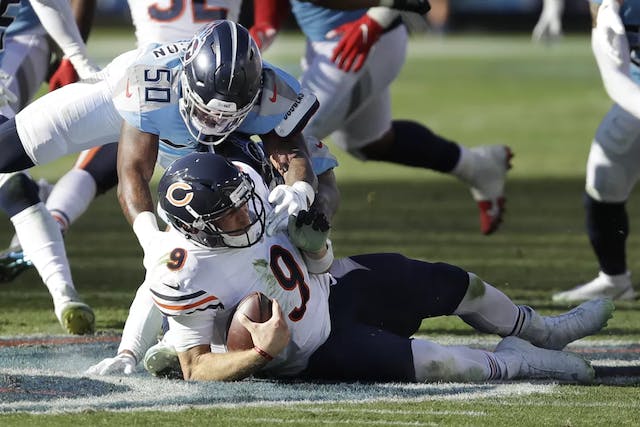 The GIST: It was a football frenzy in Chicagoland this weekend as the Bears extended their losing streak to three games and our college teams faced off against more Big 10 foes.

🏈Don’t panic?: The Bears were in hibernation for most of their game against the Tennessee Titans yesterday, digging themselves into a 17-point hole heading into the fourth quarter. Thankfully, they woke up just in time to score two touchdowns and a field goal to make the final 24–17 score less embarrassing.

College recap: While we all know what the Fighting Irish were up to this weekend, let’s catch up with the rest of our Chicagoland college squads. The Northwestern Wildcats keep proving their Top 25 status with another win, this time over the Nebraska Cornhuskers. The Wildcats are in a great position in the Big 10 now that Maryland, whom Northwestern beat in the first game of the season, has defeated two Big 10 powerhouses in Penn State and Minnesota.

⚽️On the pitch: The Chicago Fire ended regular season play with a 4–3 loss to NYC FC (FC stands for Football Club) yesterday. This “Decision Day” loss sealed them as the 11th seed in the East and knocked them out of the MLS Cup for the third straight season. Womp.