The GIST: The Eagles extended their losing streak to four after falling 30–16 to the Green Bay Packers yesterday. We’re officially putting the Birds on our naughty list. 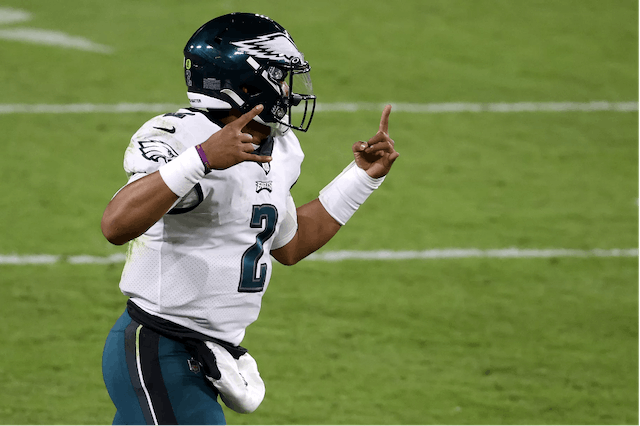 Same, same but different: Most of the game felt like the same sad Eagles: the offensive line was abysmal, allowing four sacks in the first half and contributing to QB Carson Wentz’s struggles. He completed six of 15 passes, and the Birds only managed to score an early field goal through the first three quarters.

It’s drama: Hurts brought much-needed energy to the team, and the Birds quickly went on a scoring run. Hurts’ first NFL touchdown pass and fellow rookie Jalen Reagor’s 73-yard punt return cut the Eagles’ deficit down to seven points. Sadly, the defense allowed a late 77-yard touchdown run by Green Bay running back Aaron Jones to secure the win for the Packers. Close, but no cigar.