The Yanks left fans underwhelmed this weekend, losing their opening series 2-1 to the Toronto Blue Jays. 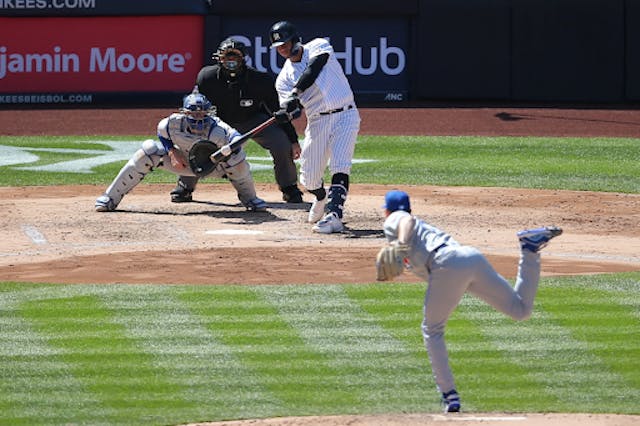 ⚾Yankees: The Yanks left fans underwhelmed this weekend, losing their opening series 2-1 to the Toronto Blue Jays. The highlight? Catcher Gary Sánchez’s homers in back-to-back games, including his two-run bomb on Thursday. The disappointment? Pitcher Domingo Germán’s poor showing in the team’s 3–1 loss on Sunday. Don’t say we didn’t warn you.

🎥 What to watch: After the Mets’ opening series was postponed due to the Washington Nationals’ positive COVID-19 tests, the Kings of Queens will finally start their season against the Philadelphia Phillies tonight at 7 p.m. ET.

If you’re more of a baller, flip over to NY’s intercity matchup, where the Knicks, who talk a big game, will square off against the Nets in the Barclays Center tonight at 7 p.m. ET. Drama.