September 21, 2022
Post–WNBA Finals blues hitting hard? Have no fear because the FIBA Women’s Basketball World Cup tips off today from Sydney, Australia, with one coveted spot in the Paris 2024 Olympics on the line.
Sports NewsBasketball 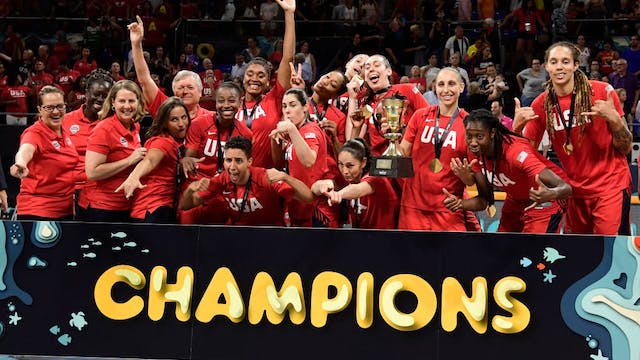 The GIST: Post–WNBA Finals blues hitting hard? Have no fear because the FIBA Women’s Basketball World Cup tips off today from Sydney, Australia, with one coveted spot in the Paris 2024 Olympics on the line. Crikey!

How it works: Twelve nations, 10 days, 38 games. The teams are split into two groups of six, where they’ll each play five round robin games. From there, the top four in each group advance to the quarter-finals, followed by the semis on September 30th and culminating with the championship game on October 1st. Mark your cal.

🇺🇸 Team USA: The Americans are contending for their fourth consecutive world title, but 2022 is a year of firsts — as in, it’s the first FIBA tournament since 2000 with neither Sue Bird nor Diana Taurasi on the team. *sniffs*

The other top contenders: Keep your eyes on the home team, Australia, currently ranked No. 3 in the world behind No. 2 Spain. And certainly don’t count out Bosnia and Herzegovina — their national team boasts one serious powerhouse in 2021 WNBA MVP Jonquel Jones.

What to watch: The fun begins tonight at 9:30 p.m. ET when the red, white and blue open play against Belgium. Unfortunately, they’ll likely be without the Aces stars, who are en route to Australia after yesterday’s festivities. Game on.