Two major upsets on the field and the PAC-12's decision off the field define week 4 of college football. 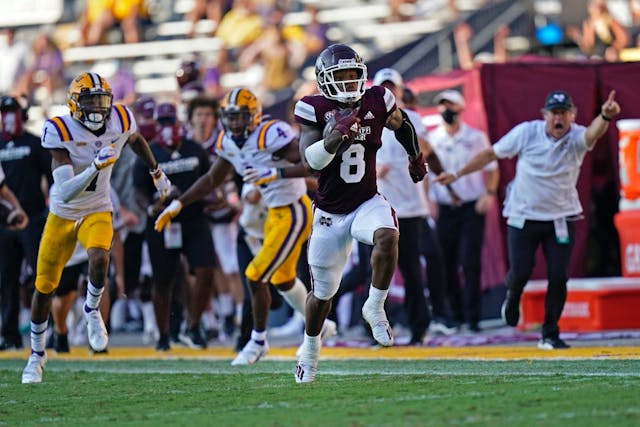 The GIST: Week 4 of college football (and the first weekend featuring the SEC) brought two major upsets of top-ranked teams. Ahead of the weekend action, the Pac-12 made news off the field, reversing their fall sports postponement decision and shaking things up for the already dramatic college football playoffs. Bring. It. On.

Tell me about the upsets: Mississippi State defeated defending national champions LSU 44–34, handing the Tigers their first loss since November 2018. To make matters worse, the Tigers are the first defending natty champs to lose their season opener since 1998. Womp womp.

What’s happening with the playoffs?: On Thursday, the Pac-12 voted to return to play prior to January 1st and will now begin their football season on November 6th. Pac-12 teams will play just seven regular season games, compared to 11 in the ACC, 10 in the SEC and Big 12 and eight in the Big Ten.

Seems unfair: Totally agree. All conferences are hoping to avoid COVID-19 cancellations and play as many games as possible before College Football Playoff selection day on December 20th. There’s no minimum game requirement for selection to the playoffs, so the uneven numbers will muddy decision-making ahead of an already heated playoff debate. Between this and The Bachelorette, we’re ready for some fall drama!