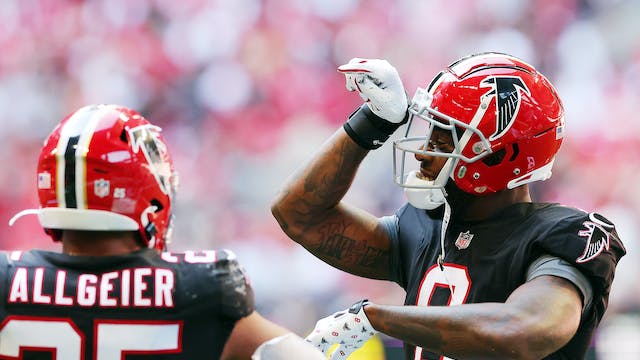 Believe it or not, we’re officially a third of the way through the NFL regular season. Time sure flies when you’re having fun.

This week, I’m going to let you in on a little secret: what I’m — as The GIST’s resident sports betting queen —  betting on.

You can tail my picks (sports betting lingo for placing the same bets) or fade and go your own way.

First up, a look at an eye-catching Atlanta Falcons trend, as they are just the third team in the past decade to start 6-0 against the spread (ATS).

Sweeten the week with a pair of prop bets (bets not directly tied to the outcome of a game) on two surging running backs (RBs).

FanDuel has both a new user special promotion and a refer a friend promo for returning customers, now with $100 (!!!) in free bets for both you and a friend.

As always, let us know who you’re rooting for in our GISTer Twitter Community so we can cheer along with you.