College basketball is back

November 07, 2022
After seven long months, college hoopers are back on the court with both the men’s and women’s NCAA seasons tipping off at 12 p.m. ET today.
Sports NewsBasketball 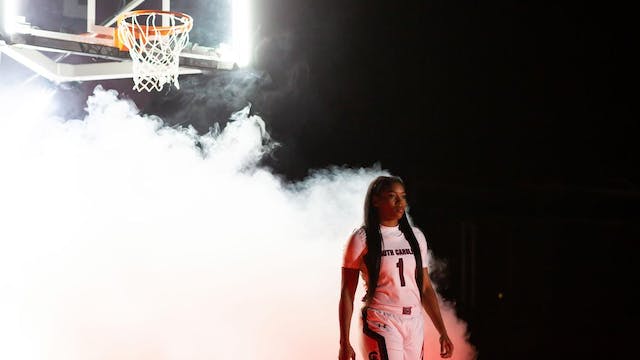 The GIST: After seven long months, college hoopers are back on the court with both the men’s and women’s NCAA seasons tipping off at 12 p.m. ET today. If you listen closely at that precise moment, you might just hear sneaker squeaks reverberating across the country.

The road to Madness: Of the 361 women’s and 363 men’s Division I teams, just 68 (each) will make the Big Dance, appearing on brackets March 12th — Selection Sunday. For those lucky squads, all roads lead to Texas: The women’s Final Four begins March 31st in Dallas, while the men’s last stop starts April 1st in Houston.

The gals: The defending champs (and preseason No. 1) South Carolina, featuring 2022 National Player of the Year Aliyah Boston, are certainly ones to watch, but don’t sleep on No. 2 Stanford’s star guard Haley Jones and junior Cameron Brink, who aren’t satisfied with just one national trophy in their case.

The fellas: Familiar teams start the season with the best bids for the top, with the likes of No. 2 Gonzaga and their mustache-master Drew Timme itching for a first-ever championship, and No. 1 UNC, led by NCAA single-season double-double record-holder Armando Bacot, shooting for a continued dynasty.

What to watch: The best game on opening day belongs to the ladies, with Iowa-upsetters No. 21 Creighton facing the reigning NIT champs No. 23 South Dakota State at 8 p.m. ET on ESPN3. Both squads return their top scorers and are hungry to prove their potential.