The Bears capitalized on a mistake from Tom Brady; Red Stars won't take the pitch again until Spring 2021 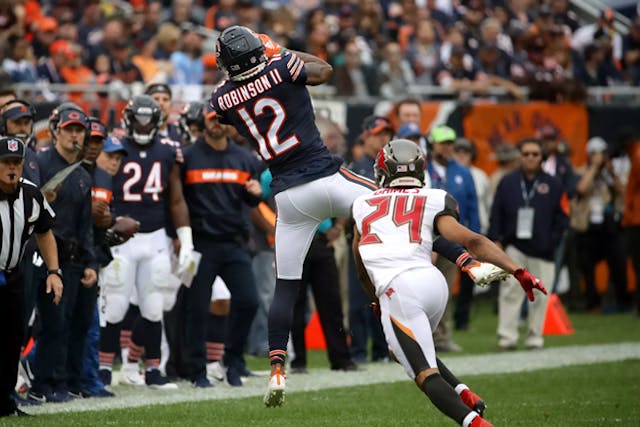 The GIST: Da Bears are 4–1 and are starting to look like a team that could go the distance. On the pitch, the Chicago Red Stars closed out the NWSL Fall Series with a tough loss but a hopeful outlook for next year’s season.

🏈Better every week: ICYMI, Da Bears took advantage of Tampa Bay Buccaneers quarterback (QB) Tom Brady’s huge mistake on Thursday, pulling out a 20–19 win on the foot of Bears kicker Cairo Santos. To keep the good times rolling, head coach Matt Nagy emphasized that the offense has to focus on improving the details. While QB Nick Foles completed 30 of 42 passes with one touchdown on Thursday, the Bears are counting on his continual improvement if he wants to keep the starting spot.

⚽️Falling short: The Red Stars closed out the NWSL Fall Series on Saturday with a 1–4 loss to Sky Blue FC (FC stands for Football Club). Despite the loss, it was great to see defenders Casey Short and Tierna Davidson return to the pitch after recovering from injuries and defender Arin Wright return from maternity leave.