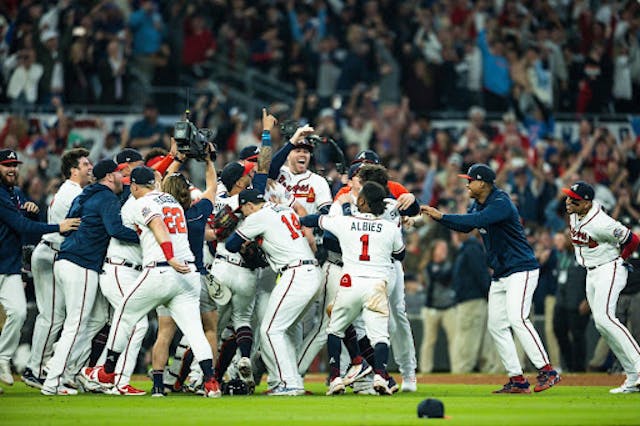 How we got here: On Friday, the Houston Astros eliminated the Boston Red Sox with a 5–0 Game 6 to take the American League (AL) and clinch their third World Series appearance in five years.

The controversy: The Astros’ reputation is still plagued by the 2017 sign stealing scandal, which led to the firing of their general manager and coach, but saw no punishment for players, including multiple key players who are still on the team.

Our MVP? Whichever player steps up and speaks out against the aforementioned chop.