Philadelphia: Phillies take crucial win over Padres as playoffs near 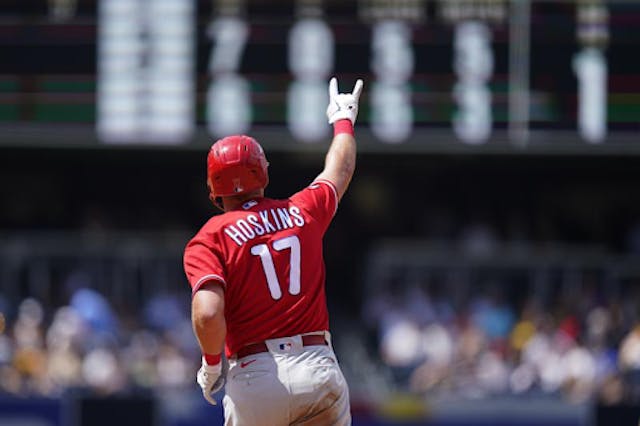 🏈Eagles: The Eagles took a 35–0 beating from the New England Patriots in preseason action on Thursday, an embarrassing showing even with most of the Birds’ starters on the bench.

⚾️Phillies: The Phils beat the San Diego Padres 7–4 last night thanks to Rhys Hoskins’ two home runs and J.T. Realmuto’s two-run homer. Fire us up. The victory also brought the Phils a crucial series win as the league races towards playoffs.

The Phils are currently five games behind the NL East–leading Atlanta Braves, but they’re now only four games behind the Padres and the Cincinnati Reds, the current Wild Card leaders. Keep on phightin’!