The GIST: It’s brutal out here. Stay safe and take a minute to cool down with us and get the latest Dallas sports news. 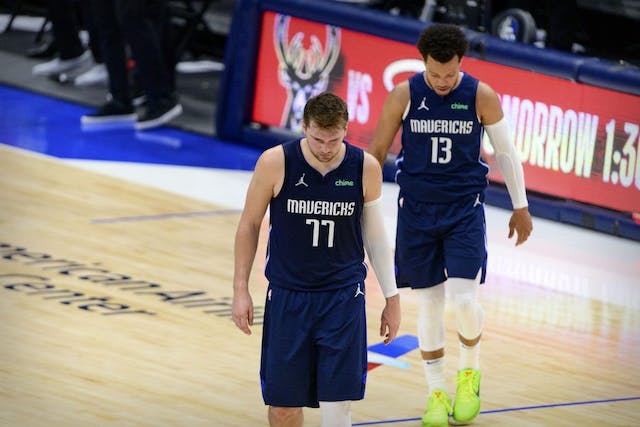 🏀Mavericks: Luka Doncic was named to the All-NBA First Team for the second time in his three-year career, but he reportedly wasn’t too happy yesterday when the Mavs fired team president and general manager Donnie Nelson, who had been with the squad for 24 years.

🏀Wings: After their three-game road win streak was snapped on Sunday by the Las Vegas Aces, the Wings returned home and have had a few days to regroup ahead of tonight’s 8 p.m. ET/7 p.m. CT tilt with the Minnesota Lynx. Time to show ’em how it’s done in the Big D.

⚾️Rangers: The good news? Closer Ian Kennedy returned from a hamstring injury yesterday. The bad news? The Rangers’ struggles continued anyway, falling 8–4 to the Houston Astros. Ugh. Today’s a much-needed day off before the squad hosts the Minnesota Twins for a three-game series that begins tomorrow.