The GIST: The Bears snapped their six-game losing streak with a 36–7 beatdown of the Houston Texans, and the Northwestern Wildcats took on the U of I Fighting Illini in college rivalry week. Finally, a great weekend to be a Chicago football fan! 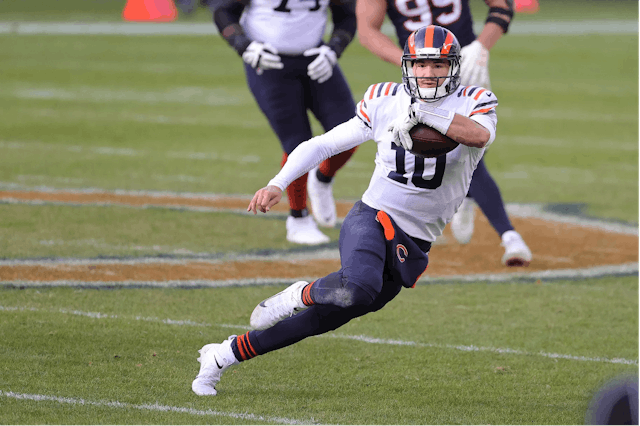 NFL: Starting with running back David Montgomery’s 80-yard touchdown run on the opening drive, Da Bears put on an offensive show yesterday. Quarterback Mitch Trubisky went off, throwing for 267 yards and three touchdowns. Something to prove?

College football: As expected, the Wildcats bested the Illini 28–10 on Saturday. The No. 14 ’Cats will now face the No. 4 Ohio State Buckeyes in the Big Ten Conference Championship, and a win could mean a shot at the CFP. The Illini will also participate in Champions Week with a game against Penn State, but one key team member will be missing: a head coach.