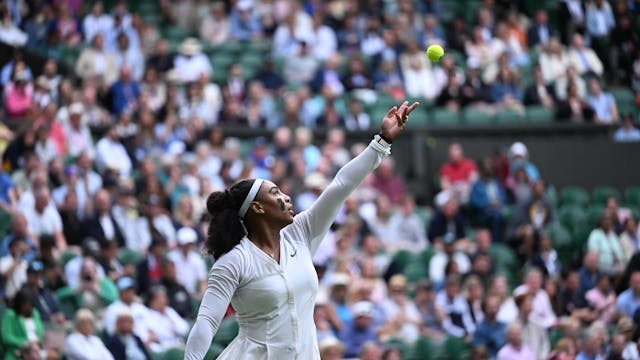 The GIST: Three hundred sixty-four days after tearing her hamstring at last year’s edition of Wimbledon, tennis legend Serena Williams made her triumphant return to the court yesterday. And while she lost in a thrilling tiebreaker, the 40-year-old’s comeback is still worth celebrating.

Serena’s return: Williams fell to France’s unseeded Harmony Tan in an exhilarating back-and-forth match that lasted over three hours. The loss means Williams’ quest for a record-tying 24th Grand Slam trophy continues, but her strong play is a hopeful sign, especially with the U.S. Open set for later this summer. Expect at least another go from the GOAT.

The Americans: Along with Serena, a handful of other Americans suffered unexpected early exits, including Sloane Stephens and No. 7 seed Danielle Collins. That said, there are still plenty of red, white and blue fan-favorites to cheer for, including teen phenom Coco Gauff, who rallied from behind to defeat Elena-Gabriela Ruse in three sets yesterday. You go, Coco.