D.C.: Still in a pandemic

The GIST: Spirit defender Emily Sonnet is brightening our day with her skilled moves. The Wizards and Capitals? Not so much. 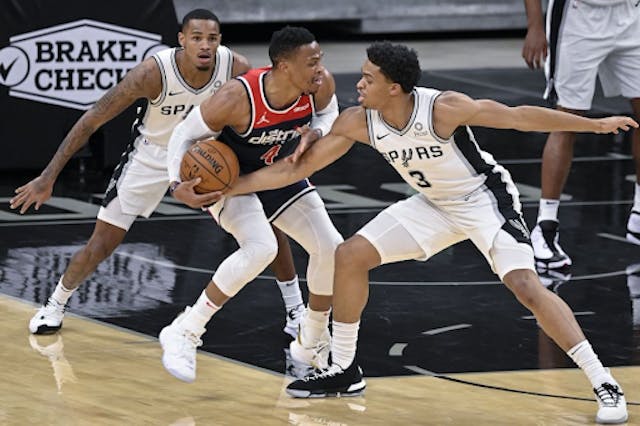 🏀Wizards: For the first time in nearly two weeks, the Wizards finally played a game. They surprisingly hung with the San Antonio Spurs through three quarters, but ultimately fell 121–101 last night. To be fair, the loss was expected due to rust and six players still out under health and safety protocols.

🏒Capitals: The Caps seem to love overtime and shootouts, but our poor nerves do not. The undermanned Caps lost 4–3 to the Buffalo Sabres yesterday in another shootout, spoiling 20-year-old forward Connor McMichael’s NHL debut. Still, it’s a point. We’ll take it.

Given their limited personnel, the Caps are faring alright on the ice. Due to COVID-19 protocols, four players — including forwards Alex Ovechkin and Evgeny Kuznetsov — are ruled out for at least two more games. Sigh.