January 23, 2023
Though the gals and guys of college hoops probably all won "most athletic" in high school, many earned new superlatives this weekend.
College SportsBasketball 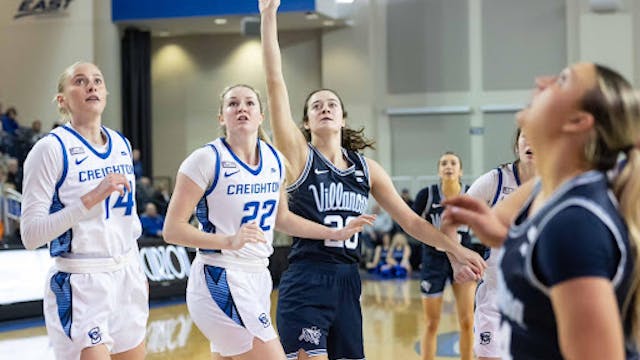 The GIST: Though the gals and guys of college hoops probably all won "most athletic" in high school, many earned new superlatives this weekend. No yearbook photo required.

Toughest tumble: The not-for-long-No. 2 Kansas Jayhawk men. After falling to No. 13 Kansas State last Tuesday, the Jayhawks crumbled 83–60 under the weight of No. 14 TCU’s offense on Saturday for Kansas’ worst home loss in over two years. See if the ’Hawks, who’ll likely drop hard in today’s poll, can recover vs. No. 21 Baylor tonight at 9 p.m. ET on ESPN.

Best recovery: The women of the No. 4 Stanford Cardinal. Stanford’s last few weeks included a near-loss to unranked Cal and a big L to unranked USC, but the Cardinal finally remembered who they are this weekend, posting big dubs over No. 4 Utah and No. 24 Colorado. Their prize? The view from the Pac-12’s top spot. Stunnin’.

Biggest record-breakers: Aaliyah Boston and Armando Bacot. Boston, the reigning National Player of the Year, broke No. 1 South Carolina’s career double-double record with her 73rd (!!!) yesterday, while Bacot made UNC history twice on Saturday, notching the program’s top spot for career rebounds (with 1,221) and career double-doubles (with 61).

Most likely to (nearly) break another NCAA record: Detroit Mercy’s Antoine Davis. One week after earning the DI career three-point title, Davis pulled into second place on Saturday for the men’s DI career scoring crown with an impressive 3,274 points — 393 away from the 3,667 points notched by LSU’s “Pistol” Pete Maravich in the late ’60s.