This Week with the Clippers, Lakers, and UCLA Gymnastics 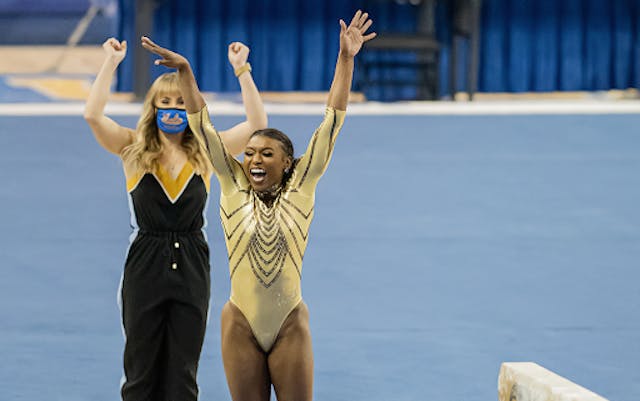 🏀NBA: The Clippers, without Kawhi Leonard, Paul George and Nicolas Batum, took an L in last night’s top-tier Western Conference battle against the red-hot Utah Jazz. No shame though: the Jazz won a ridiculous 20 of their last 21 games. The Clips will get a shot to avenge themselves in tomorrow’s 10 p.m. ET/7 p.m. PT rematch.

🤸‍♀️Gymnastics: No. 14 UCLA squares off against rival No. 3 Utah tomorrow at 9 p.m. ET/6 p.m. PT. The Bruins are led by not one, but two Internet-breaking floor exercise icons in Nia Dennis and Margzetta Frazier. On Sunday, UCLA put up its worst score in over five years, so the Bruins will be counting on Dennis and Frazier to lead a more consistent effort against Utah.