September 19, 2022
After last week’s unexpected upsets, Week 3 mostly went as predicted — 22 of the Top 25 beat their opponents, and last week’s best are still sitting pretty in the Top 10.
College SportsFootball 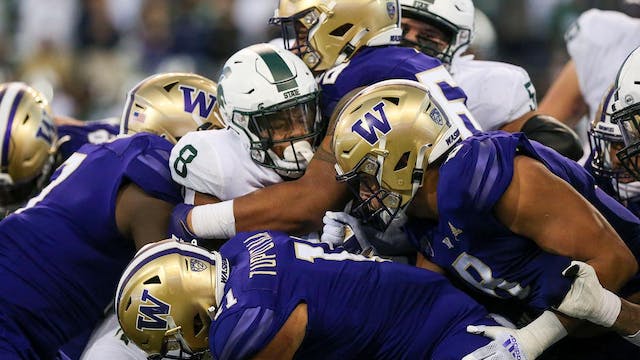 The GIST: After last week’s unexpected upsets, Week 3 mostly went as predicted — 22 of the Top 25 beat their opponents, and last week’s best are still sitting pretty in the Top 10. Snooze.

Bad news for the Big Ten: In a week of non-conference play that should have seen nearly all Big Ten teams (Nebraska and their ongoing coaching woes aside) notch dubs, three took surprising losses.

Under-the-radar endings: Unranked squads brought the drama this week. UCLA kicked a last-second field goal to beat South Alabama 32–31, Maryland proved turtles are faster than Mustangs in a 34–27 win over SMU and, after losing their QB1 to injury, Florida State rallied to a 35–31 road victory against Louisville.

Highlight of the week: NGL, we’ve been playing Appalachian State’s epic Hail Mary pass to beat Troy 32–28 on repeat all weekend. And, not to be outdone, off the field the school gave a year’s free tuition to not one, but three Mountaineers with the best College GameDay signs. *enrolls in Sign Making 101*