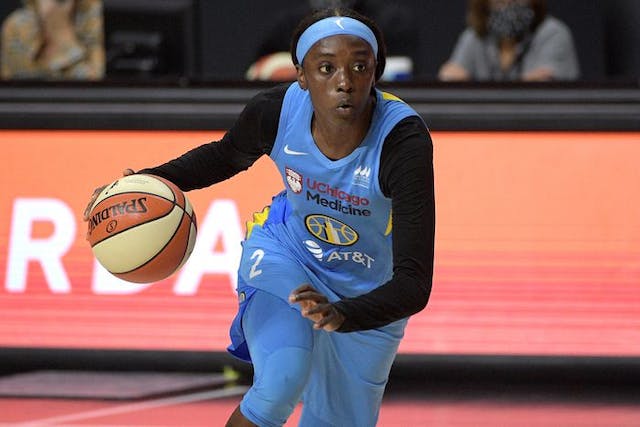 🏀Sky: On the strength of Kahleah Copper’s 23 points, the Sky beat the Atlanta Dream 85–77 last night, even without Candace Parker, who was sidelined with an ankle injury. Two wins down, 30 to go.

⚾️White Sox: The White Sox beat the Minnesota Twins 2–1 yesterday to win the series 2-1. The midwestern matchup turned dramatic after Yermín Mercedes hit a home run off a 3-0 pitch thrown by a Twins position player on Monday.

⚾️Cubs: After winning the first two games of the series, the Cubs lost 4–3 to the Washington Nationals last night. The North Siders were without star first baseman Anthony Rizzo, who left Tuesday’s game due to back tightness. And while it’s expected to be a short-term issue, fans hate to see Rizzo out right when the Cubs were starting to get hot. Sigh.

🥍College lacrosse: Don’t miss the NCAA women’s lacrosse tournament this weekend, as both Northwestern and Notre Dame play in the quarterfinals on Saturday against Duke at 1 p.m. ET/12 p.m. CT and Boston College at 3 p.m. ET/2 p.m. CT, respectively.