The GIST: The Liberty signed forward Betnijah Laney, and the Knicks topped the Chicago Bulls. But after walking down memory lane with the Jets on Monday, today we’re paying homage to the Giants’ Super Bowl history. 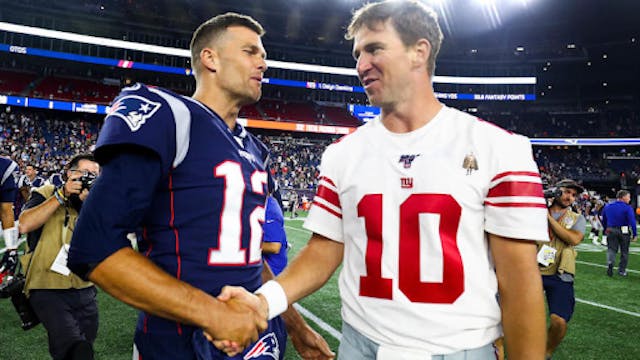 Back, back again: By 2008, Belicheck was on the other side of the field as the head coach for the New England Patriots. But that didn’t scare the Giants: wide receiver David Tyree made the famous “Helmet Catch” late in the fourth quarter, allowing Big Blue to clinch the game off another Eli Manning touchdown pass. Those were the days.

Looking forward, maybe some of that Manning magic will rub off on QB Daniel Jones so the Giants can add a fifth ring (and decade) to their collection.