The GIST: To celebrate our expansion to Dallas, the Cowboys are one win out of first place in the NFC East and the Mavericks begin their season on Wednesday. A welcome present, indeed! 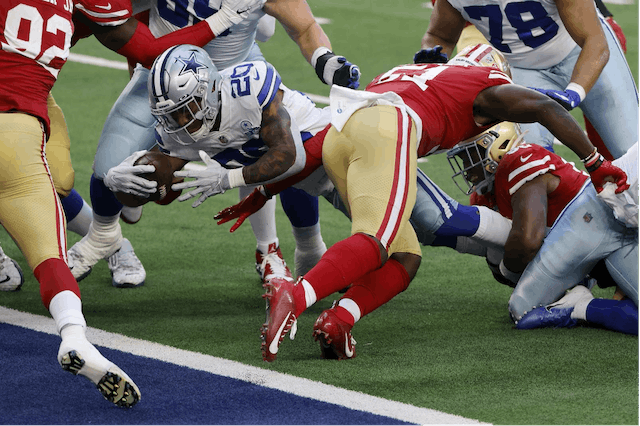 🏈Cowboys: The Cowboys took down the San Francisco 49ers in a 41–33 thriller yesterday. RB Tony Pollard scored two touchdowns, stepping up in the absence of an injured Ezekiel Elliott and leading the ’Boys to their first back-to-back wins of the season.

🏀Mavericks: The Mavericks open the regular season on the road Wednesday, taking on the Phoenix Suns at 10:30 p.m. ET/9:30 p.m. CT. All-Star Luka Dončić (pronounced DON-CHITCH) already won a FIFA bet (and the internet) against teammate Jalen Brunson, and we expect him to keep up the momentum against the Suns.