November 07, 2022
With half the season already done, the NFL is still serving up Sunday football surprises. Let’s dig in.
Sports NewsFootball 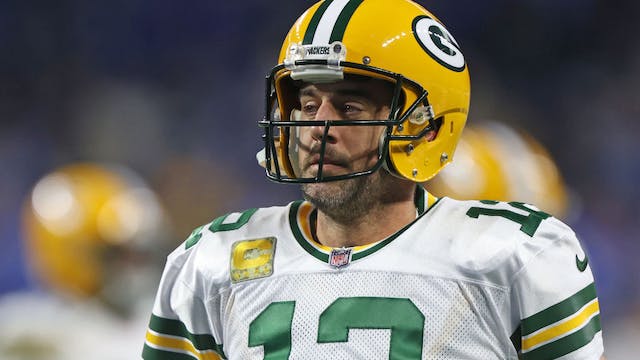 The GIST: With half the season already done, the NFL is still serving up Sunday football surprises. Let’s dig in.

Upsets: Green Bay Packers quarterback (QB) Aaron Rodgers had one of the worst games of his life, throwing three interceptions in the red zone before ultimately losing 15–9 to the lowly Detroit Lions. When you’ve upset Weezy, you know it’s bad.

Standouts: Cincinnati Bengals running back Joe Mixon scored a record-setting five touchdowns in a 42–21 win over the Carolina Panthers, while Chicago Bears QB Justin Fields broke the NFL record for most rushing yards by a QB in a single game, putting up 178 in his team’s 35–32 loss to the Miami Dolphins.