The GIST: First place in the NFC East, baby! The Washington Football Team (WFT) held on for a 23–15 victory over the San Francisco 49ers yesterday. 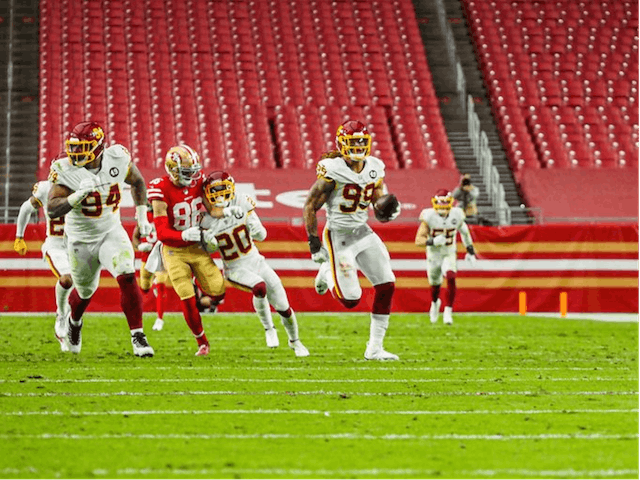 NFL: The WFT defense paved the path to victory, scoring both of Washington’s touchdowns. Rookie defensive end Chase Young picked up a scoop-and-score, earned a sack and forced a fumble, becoming the first player in franchise history to complete the trifecta. Rookie safety Kamren Curl kept the party going with a pick-six. Phenomenal.

College: Virginia football concluded their regular season on Saturday with a 33–15 loss to rival Virginia Tech. And there won’t be a postseason for Virginia: the Hoos announced the team’s decision to decline playing in any bowl game. After a long, trying year, we totally understand.