March Madness is Almost Upon Us

The GIST: Somehow, it’s almost March. The good news? With that comes some madness we can get behind. 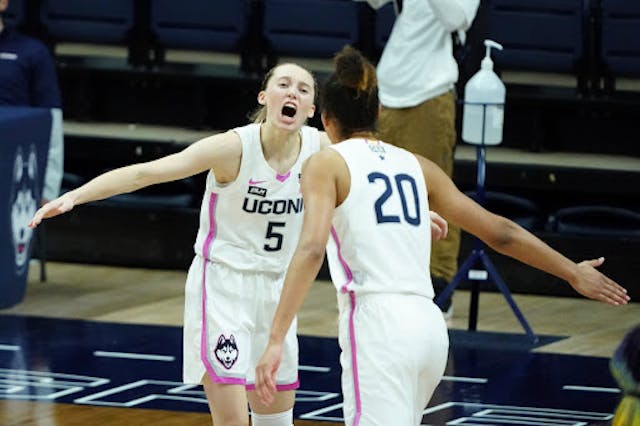 Women’s basketball: While the top teams have been playing hot potato with the No. 1 spot, UConn is the most recent squad to grab the honors, marking the ninth consecutive season the Huskies have been ranked No. 1. Sheesh. This success is in large part due to Huskies’ rookie Paige Bueckers (pronounced BECKERS) playing like a vet, averaging over 20 points per game.

Men’s: With a growing list of postponements/cancellations and traditionally dominant schools posting their worst records in years, this season has been as unpredictable as an episode of Stranger Things. But what we can predict is No. 1 Gonzaga and No. 2 Baylor winning — both teams are undefeated as we enter the final stretch of the season.