It’s Week 11 of the college football season, and games are still being postponed left, right and center. That’s not deterring women’s basketball, though, with the release of the preseason top 25 rankings. Hoops season, we’ve been waiting for you. 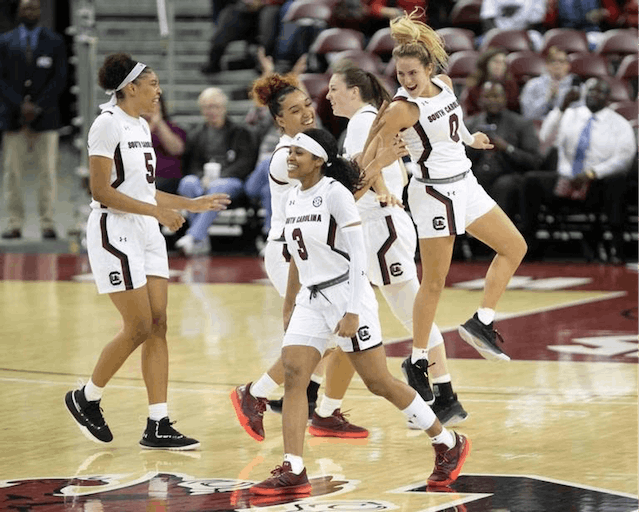 The GIST: It’s Week 11 of the college football season, and games are still being postponed left, right and center. That’s not deterring women’s basketball, though, with the release of the preseason top 25 rankings. Hoops season, we’ve been waiting for you.

Can’t wait! But first, tell me more about the football postponements: Due to positive COVID-19 cases and contact tracing protocols calling for players to self-isolate, four SEC games originally scheduled for Saturday have been postponed, including No. 1 Alabama vs. defending national champion LSU. Sheesh.

Does this impact the playoffs?: Aside from causing more headaches for the selection committee, these scheduling adjustments won’t disrupt playoff timing. All playoff decisions will still be made on December 20th, based on an uneven number of games played. Wild, but that’s 2020 for you.

And what’s happening in women’s basketball?: With tip-off less than two weeks away, the highly anticipated preseason top 25 rankings were finally released on Tuesday. South Carolina, led by Hall of Famer coach Dawn Staley, sits at the top, followed by Stanford and UConn.